Last Sunday evening, down in the deep red-walled basement of The Book Club, independent illustration and poetry magazine inc. threw an Interactive Poetry Party. Under a low ceiling crowded with light bulbs, we listened to and collectively wrote poetry, drank, drew and were drawn at this homespun-style underground event. The crowd seemed equally in awe as I was of the acts and of the setting. The energy was palpable in the room – intermittedly tense as we held our breath listening to Zena Edwards’ melodic tones, loudly and cheerily released in shared laughter at Raphael Attar’s surreal variety hour.

Throughout the evening, illustrator-animators Phoebe May Halstead and Hannah Simpson captured the punters and performers in a series of quick pen and ink sketches. The super-talented duo transformed the night into beautifully composed, expressive little drawings teamed with lines of verse lifted from each performance.

I highly recommend a browse through Phoebe May Halstead’s animations found here. There are some really strong line drawings to be found on Hannah Simpson's site here. See also an animation by the two girls in collaboration here; it has something of The Beatles' Yellow Submarine and BLU street art without wholly committing to either and successfully holding its own style.

Learn more about inc. magazine and its brilliant, innovative founder-editors Will & Anya here. The next issue will be out later this year and will be found in stockists across London, a list of which is on their website. 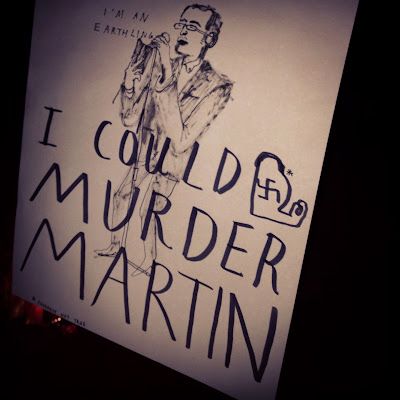 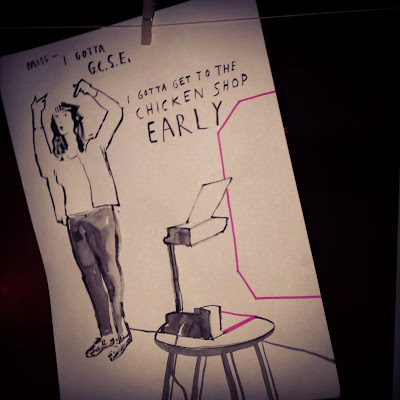 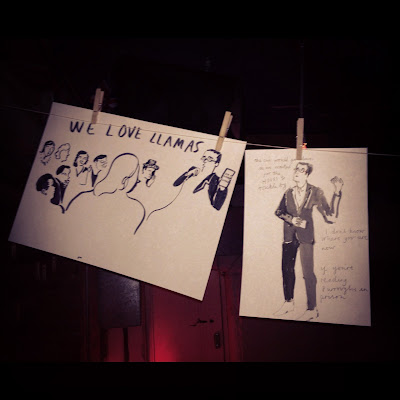 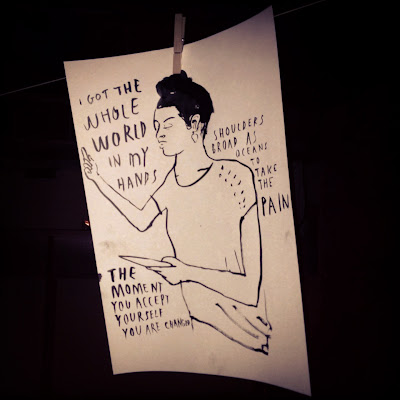 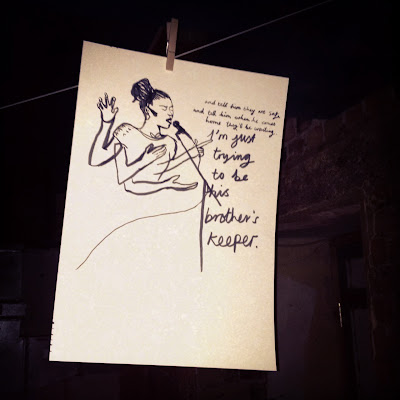 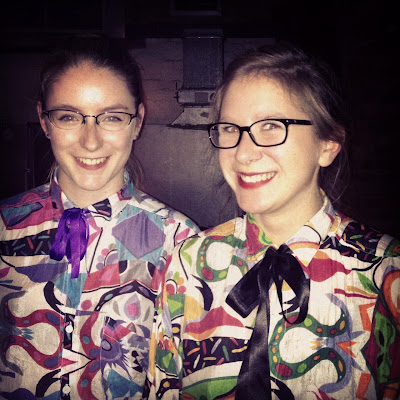 Hannah Simpson and Phoebe May Halstead

Posted by florence ritter at 14:14